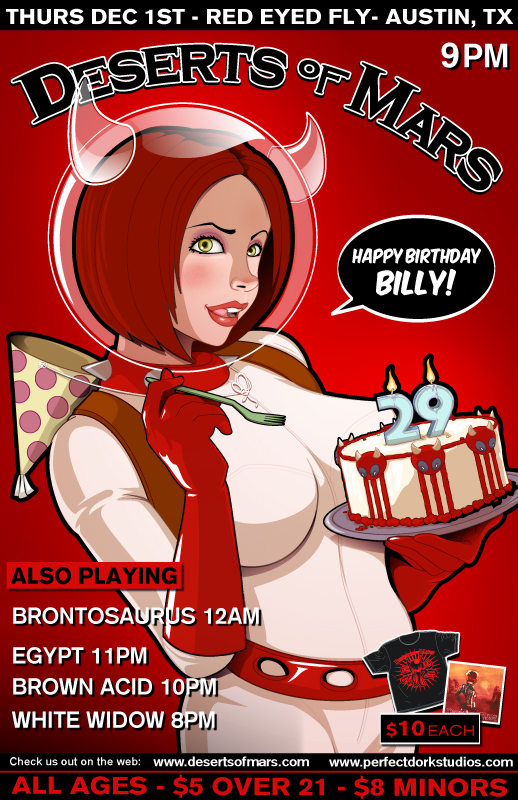 We are rocking out the year in style in December!! First up is Billy’s Birthday gig at Red Eyed Fly on Thursday Dec. 1st. Deserts of Mars goes on at 9:00 SHARP!! However, we would love to have you there at 8:00 to check out all the bands and celebrate Billy’s Birthday with us! Our friends in Egypt rocking back into action and we are super excited to be playing with them! Feel free to show your support and RSVP at the Facebook event page.

We also have a gig at Trophy’s on the 16th of December and will give you the details soon! It’s shaping up to be a killer lineup to rock into the holidays. 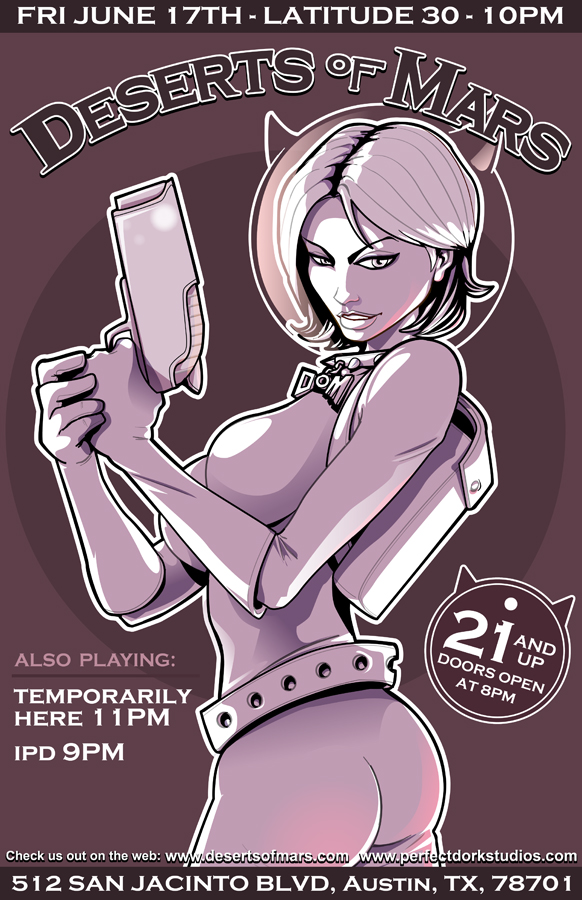 Deserts of Mars was interviewed by Mourning/Graveless of Aristocrazia Webzine, an Italian website that features tons of great bands! Here is the review of “Transmission” (in Italian) and here is the interview in English and Italian.

On a personal note, this is super cool to me. My great-grandparents came from Sicily to Texas, so having my first international interview be from Italy is fantastic!

Thanks to this interview, I was also introduced to Gustnado. This one man rock machine has some truly killer tunes. You really need to check out Frank Tudisco’s fuzzed out rockin demo!If you happen to live anywhere near him, join up so we can go to Italy and tour together.

Our CD release at Red Eyed Fly went super great and we managed to raise $360 for the relief efforts in Japan. Thanks to all the great fans and the bands,Valley Of Fire Corporate ElvisBeautiful Disturbance and Venus Fixer for making it an awesome night.

Now that we have had our CD release show we are proud to announce that our CD is on sale in Austin at Encore, End of an Ear, Cheapo, and Waterloo Records.

If you are outside of Austin or you prefer to shop on the web you can get the physical CD atCD Baby, and you can download it there as well. Or, you can shop at Amazon, or iTunes if you prefer.

You can also find us at Lastfm! I have to admit, I’ve spun the Deserts of Mars radio on my Xbox and I can’t say I’ve been disappointed by the bands that show up on it!

If you dig the CD, be sure to tell your friends and put up reviews, we can’t do this without our friends and fans. Your support means more than you can ever know!!! 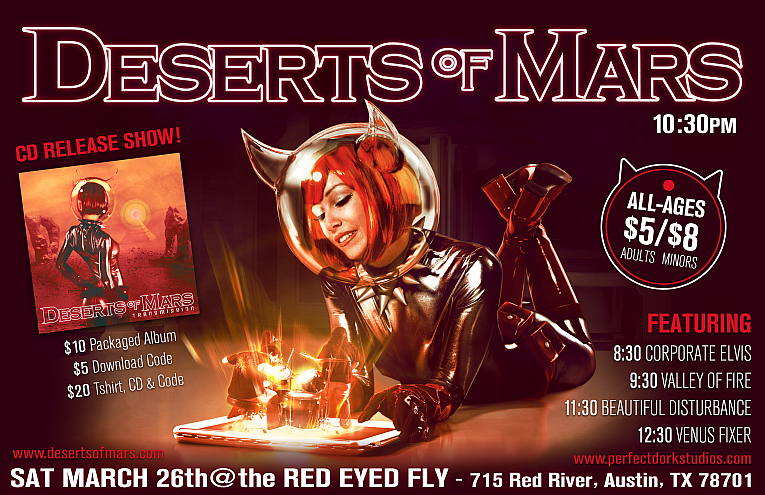 We’re gearing up for our CD release show on March 26th at Red Eyed Fly. But before that, we are kicking off a SXSW show at The Parish for the “Game Salad Party for the Rest of Us” we may even have some musical surprises and giveaways.

We’re returning to rock and we’re hitting it HARD!!! Come out and celebrate the release of our first album “Transmission”. We’re rocking out with our good friends “Valley of Fire” and “Corporate Elvis” and other way cool bands, BEAUTIFUL DISTURBANCE and Venus Fixer! We’ve been waiting a long time–crafting this CD from the fires of the stars and molten core of the red planet, and now we want to share that rock with YOU!!!
We go on at 10:30, but we want you there to check out all the awesome bands before us. Be there early and celebrate this momentous occasion in Deserts of Mars history!!
Note: All DoM profits (OUR portion of the door and merch sales) are going to be donated to the relief efforts in Japan. DoM has lots of friends in Japan and we want to help out.

Also, since the site revamp is still ongoing, we’ve tried to lighten up the main news page, and moved older news to the Archive page for now.

Be sure to visit us at all the regular places:

Listen Across the Universe!